The Volovichi Palace in Svyatsk is planned to be partially opened for guests by early next year. What work is being done on the renovation project? - Новости Волковыска и района, газета "Наш час"

The Volovichi Palace in Svyatsk is planned to be partially opened for guests by early next year. What work is being done on the renovation project?

The palace and park complex in Svyatsk, where reconstruction is now in full swing, is an important tourist site that they plan to open for guests as soon as possible. Yesterday the complex was visited by the chairman of the regional executive committee Vladimir Karanik, aide to the President - inspector for the Grodno region Ivan Lavrinovich, first deputy head of the Presidential Administration of the Republic of Belarus Maxim Ryzhenkov and Minister of Culture Yuri Bondar. They got acquainted with the progress of work at a large-scale facility. During the meeting, the governor gave specific instructions to speed up the reconstruction of the complex. 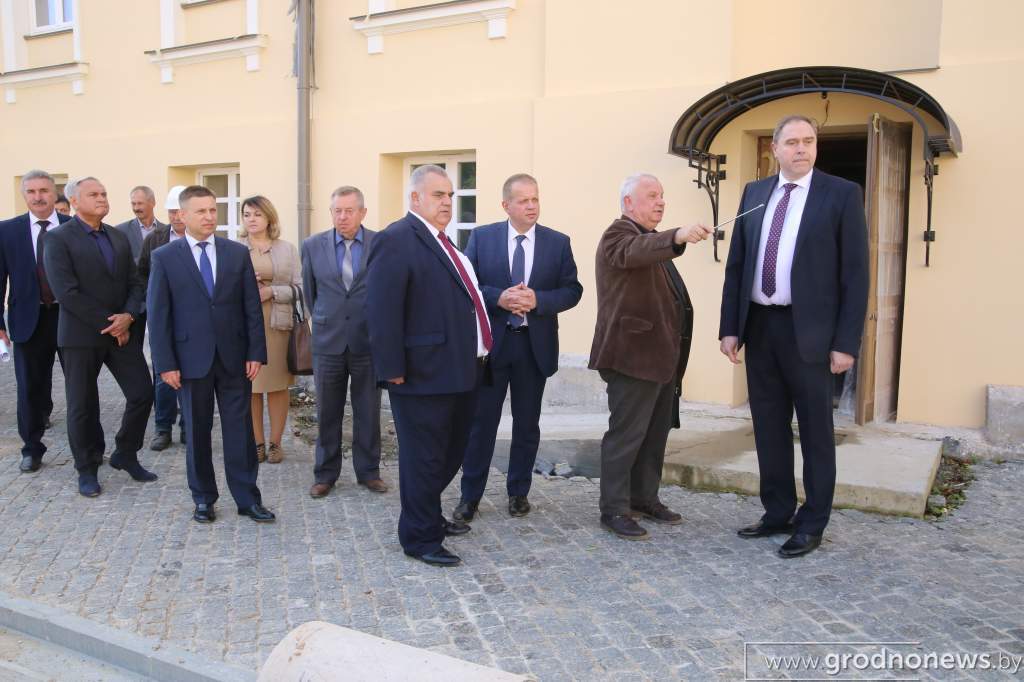 “There are many landmark objects in the region that belong to the historical heritage,” noted Vladimir Karanik. - You have to make efforts to preserve them. The Volovichi Palace is an example of how we, preserving the historical heritage, create a tourist facility that will bring profit, attract guests not only from all over the country, but also from abroad. The place for rest is really wonderful: it is planned to open a small medical center providing SPA-services, its own brewery, a hotel, a restaurant.

The palace of the Volovich family in Svyatsk was built by the Italian Giuseppe Sacco at the end of the 18th century. The complex was badly damaged during the First World War. Today it is included in the State List of Historical and Cultural Values ??of the Republic of Belarus as a monument of national importance. At the beginning of 2017, the reconstruction of the complex began. 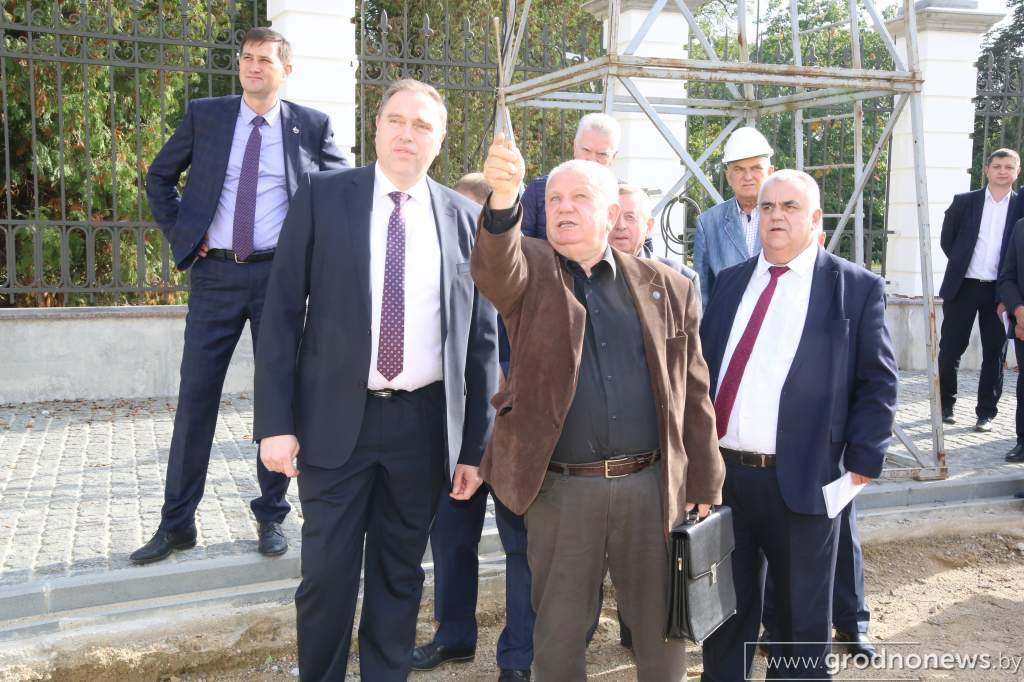 The restorers strive to recreate the palace in its original form as much as possible. The previous owner of the estate did not have enough financial resources to implement the project while maintaining authenticity. Now, according to the governor, interaction with private business will allow to follow the plan that was laid in the estate about two hundred years ago. This is not as easy as it might seem at first glance: any changes in the project are accompanied by serious scientific research and creative debate, but the deadlines must be met. 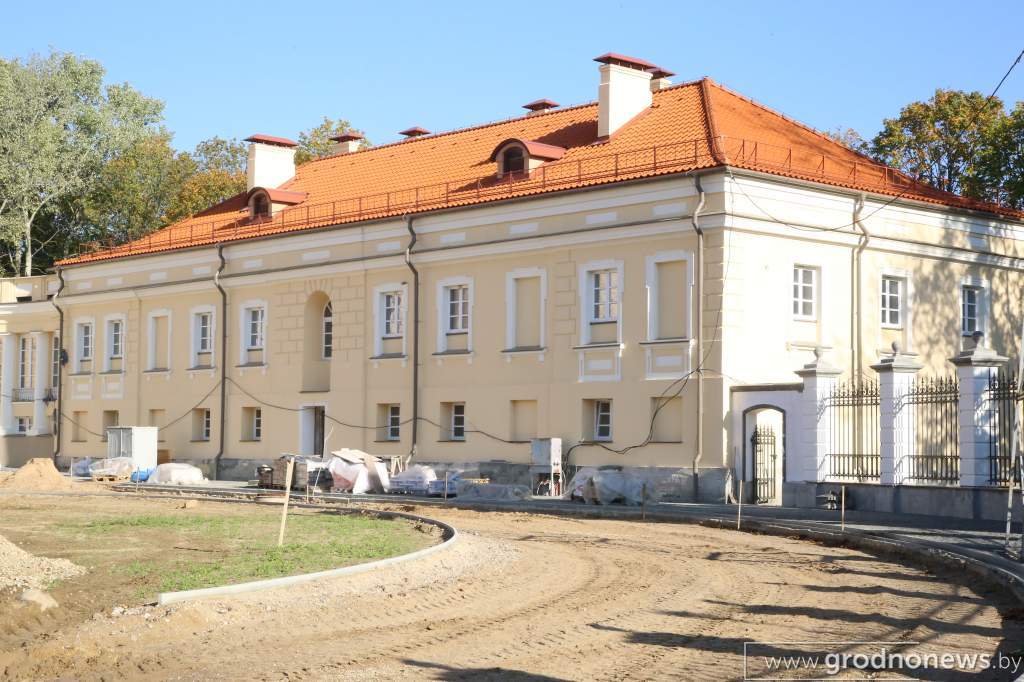 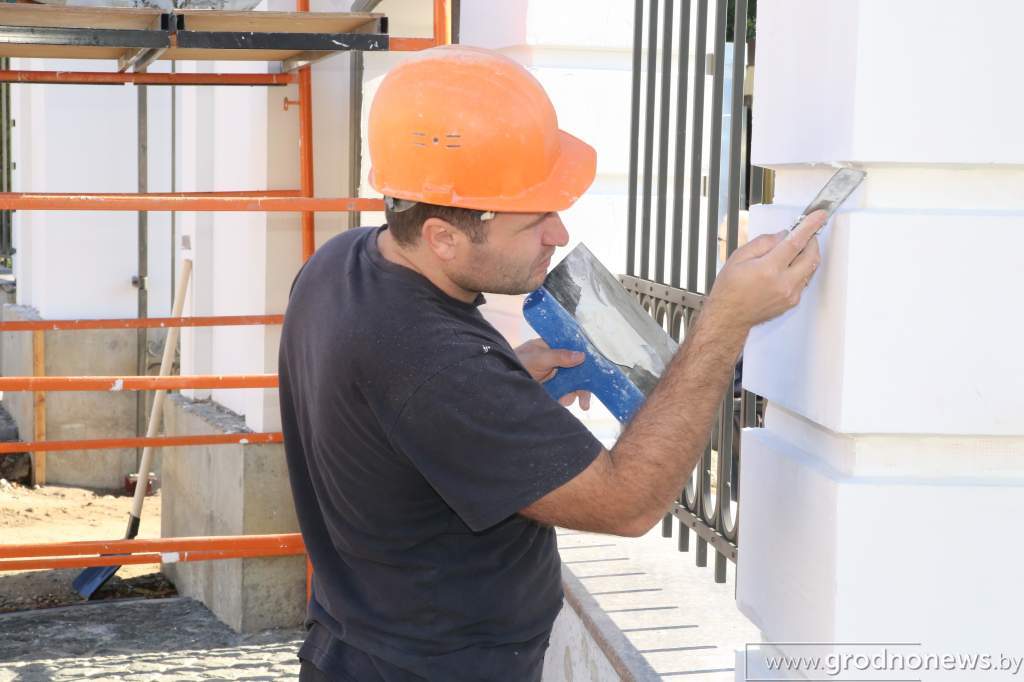 “Such meetings are always hot, because the restoration of historical sites is not an easy process,” stressed Minister of Culture Yuri Bondar. - In the course of work, new nuances and subtleties appear. It is important to resolve these issues promptly. Colossal work has been done at the facility over the past three years. Today, specific tasks have been set for Belrestavratsiya, in particular, for its design department, in order to minimize the time required for the development of the final version of design and estimate documentation and bring the project to the home stretch as soon as possible. At the same time, efficiency should not harm the historical value and quality of work. 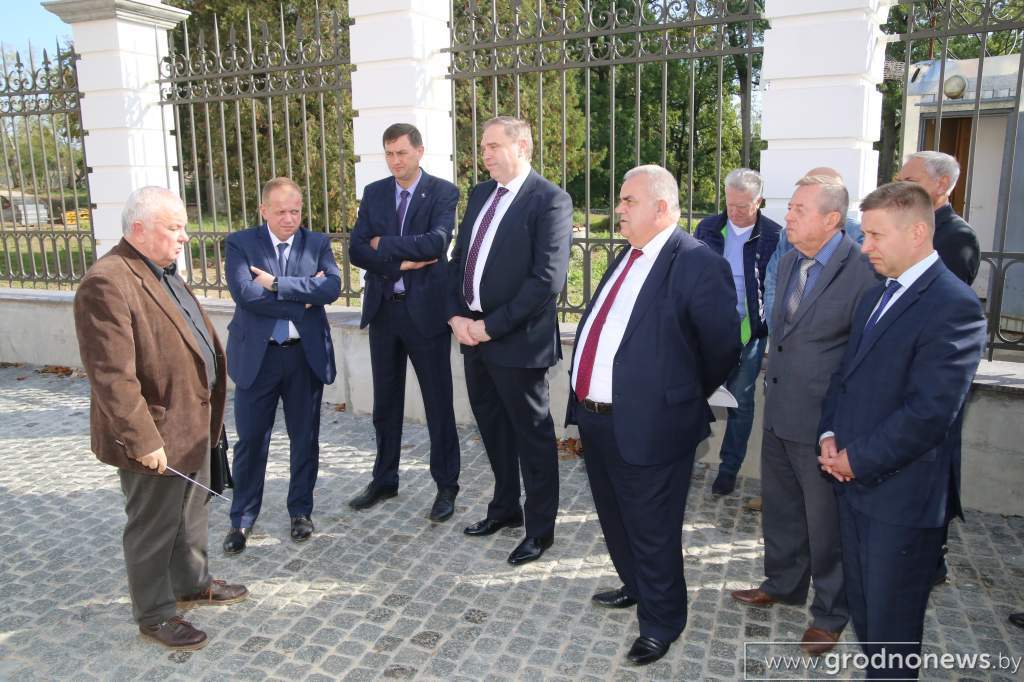 The first part of the palace and park complex in Svyatsk will open at least by the beginning of next year. The left wing will house a 19th century hotel. There will be a restaurant in the gallery, and a mini-brewery in the preserved old part of the building. In addition, there is a lot of work ahead to improve the territory and recreate the park. 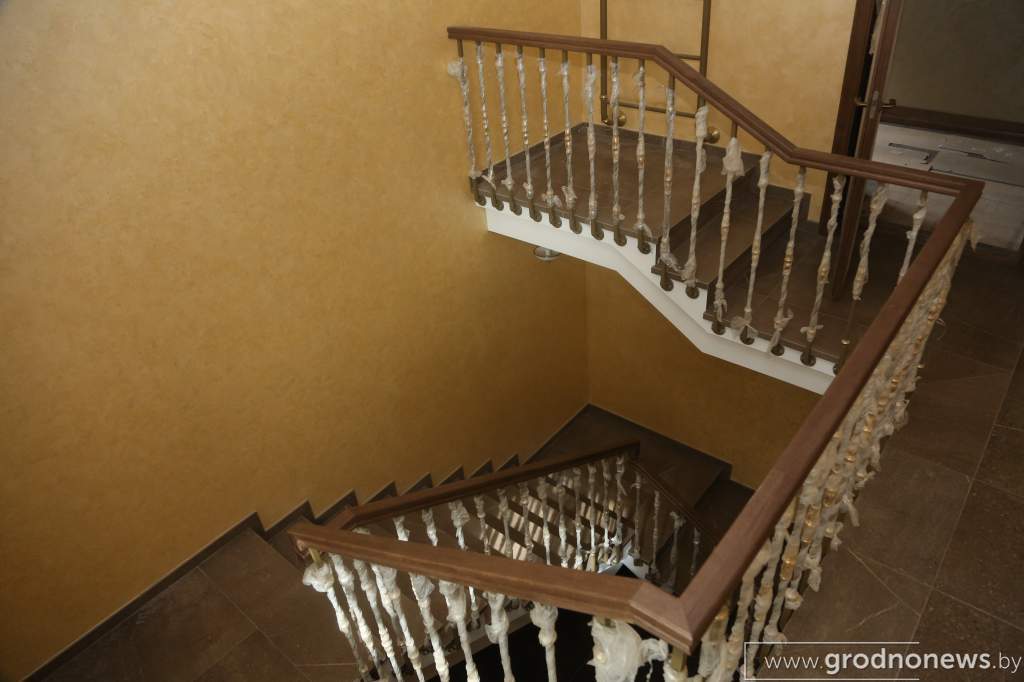 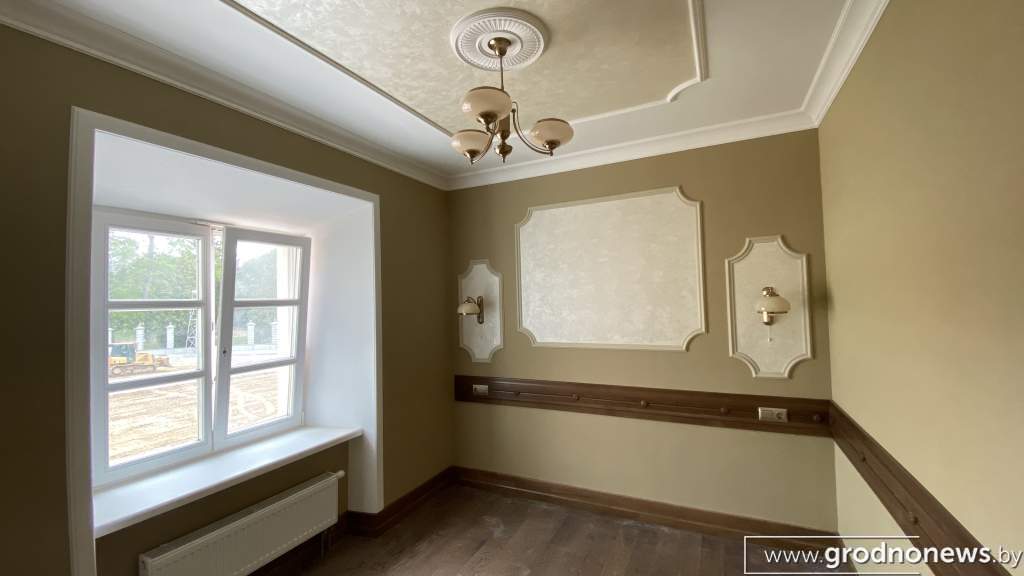 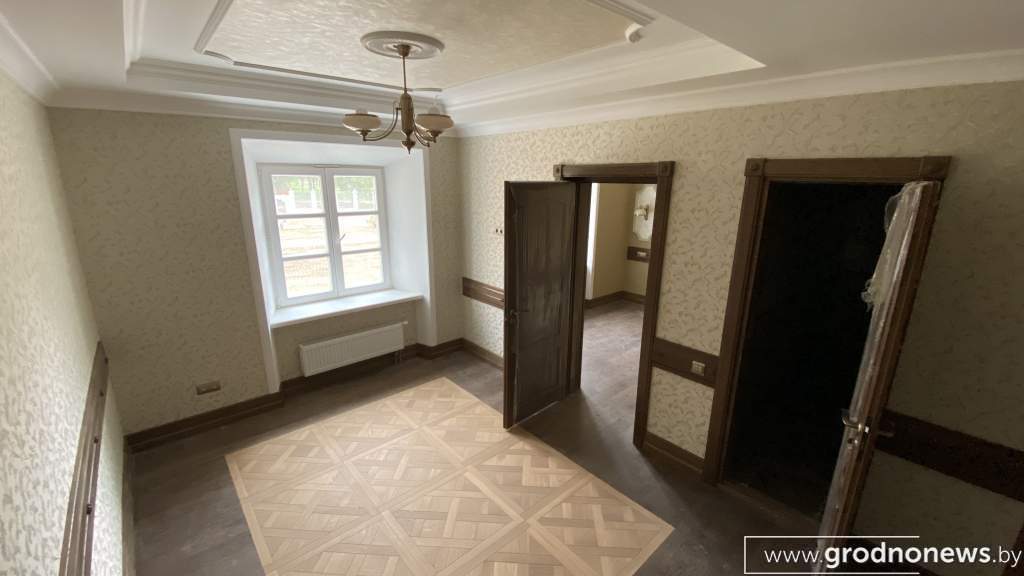 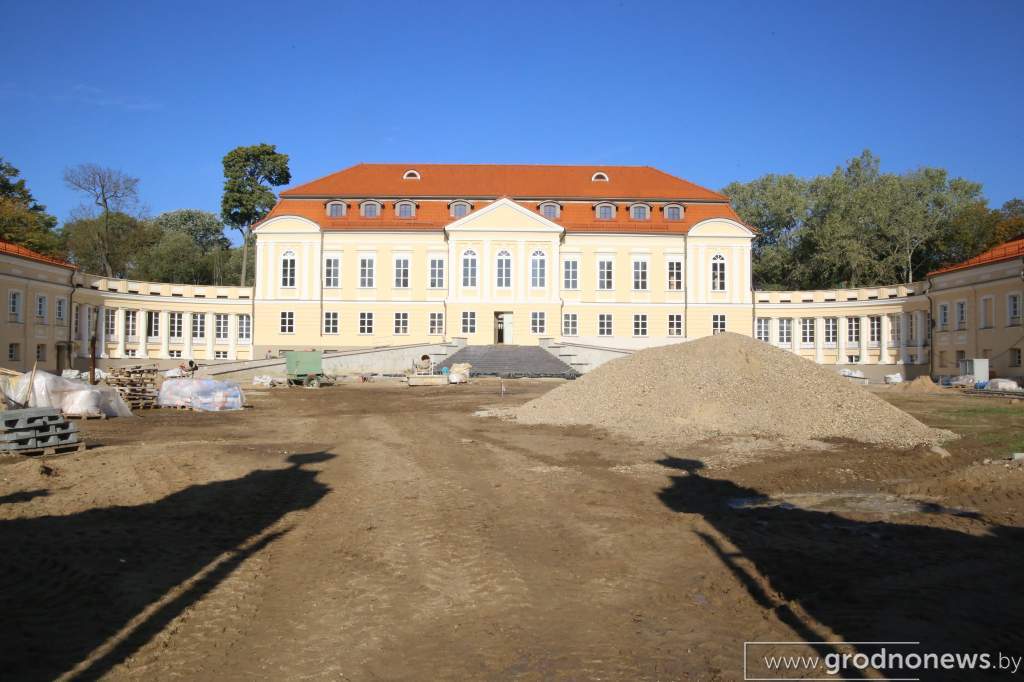 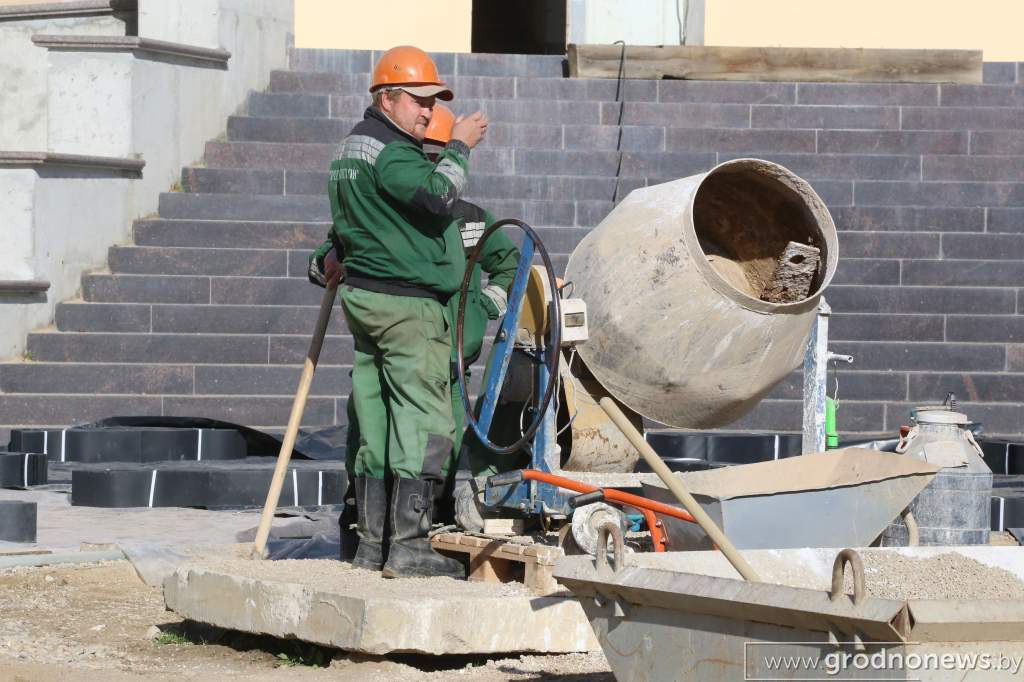